When writing a song, did you ever get stuck in “second verse hell?” You know, when all your ideas seem to pour out of you during your first verse. Then, you don’t know what to do with your second verse. And what about the bridge?! Let’s check out some of John Mayer’s lyrics to see how he’s handled switching between sections.

We'll dive right in with Verse and Chorus #1:

I know a girl, she puts the color inside of my world

But she's just like a maze, where all of the walls all continually change

And I've done all I can, to stand on her steps with my heart in my hands

Now I'm starting to see, maybe it's got nothing to do with me

Fathers, be good to your daughters

So far, the idea is straightforward enough. The girl doesn't respond well to him because she doesn't have a good relationship with her father. Got it. And it's livened up so nicely by the metaphor about her being an impossible maze in the Verse. I'd normally argue the verse line "with my heart in my hands" is so cliche it's void of all meaning, but he definitely brings it back to life by adding the part about "standing on her steps." All of a sudden it becomes visual again. You can see him standing there, probably outside of her apartment steps with his hands outreached, holding his heart. Nice save.

So far: A straightforward idea, beefed up with some cool metaphors.

Oh, you see that skin?

It's the same she's been standing in

Since the day she saw him walking away

Now I'm left cleaning up the mess he made

So fathers, be good to your daughters

What happens here is a great technique that Berklee Lyric Writing professor, Pat Pattison, refers to as "recoloring" the Chorus. We were given new information in Verse 2 that paints the second Chorus in a whole new way from where we saw it the first time. So let's check out what happened...

Where Verse 1 implied that there was something "off" about the girl and how she deals with men, we took Chorus 1 to mean she currently has a subpar relationship with her dad. But in Verse 2 we find out the dad left, and THAT'S what messed her up this whole time! Now we head into Chorus 2 with a whole new meaning of those SAME exact Chorus lyrics. This is a great way to advance your story without boring your listeners. In the second verse, so many times songwriters tend to repeat what they said in Verse 1, for lack of any better ideas. Lord knows I've been there. But that's a surefire way to get a listener to say "yeah, yeah... I get it, I've heard this already" and then sneak in a quick nap before the Bridge kicks in.

It also doesn't hurt that Mayer used such a cool descriptive line to sell this point with "you see that skin? It's the same she's been standing in, Since the day she saw him walking away" What a great VISUAL way to say the event of her dad leaving affects her now the same as it did the day it happened. Since a song is an audible medium, having imagery like this that we can VISUALIZE really help in driving home our ideas.

Now let's look at the Bridge and final Chorus:

Boys, you can break

You'll find out how much they can take

Boys will be strong

And boys soldier on

But boys would be gone without the warmth from

On behalf of every man

Looking out for every girl

You are the guide and the weight of her world

So fathers, be good to your daughters

Okay, so a note on Bridges here... typically, the Bridge of a song SOUNDS different from the rest of the song. It's usually the first time we've heard a part like this throughout the whole track. So since the SOUND of that section is unlike what we've heard in the previous Verses and Choruses, the LYRICS should match that altered intent as well. So look at what Mayer does with his Bridge. He shifts his focus from the girl in the Verses to a more general "boys" in the Bridge. This is a perspective we haven't seen before. And it's fitting because the Bridge is so different, sonically, from the verses. Had he continued the story about the girl, while the music completely changed underneath, something would feel off.

But what's important to keep in mind is while he shifts focus to boys, he still ties it into the idea of these boys, or men, needing a good woman to BE that man.So now we head into the final Chorus knowing the following: 1. boys can be strong, because of women & 2. men look out for girls. So they're dependent on EACH OTHER to be the best they can be. Also take of note the use of boys/women/men/girls here.

So now when we head into Chorus 3, this whole cyclical idea in the Chorus makes sense, because of what we learned in the Bridge. The bridge says boys are strong because of women, and men look out for girls. The Chorus says fathers need to be good to their daughters, because daughters become lovers, who become mothers, who have daughters. The wheel keeps turning. And as long as everyone treats everyone else right, it'll roll along smoothly. But if someone messes up, the whole system is screwed. NEW information, creates NEW meaning for the SAME Chorus, each time we move forward. 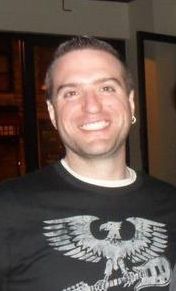 For a free report from Anthony with a lot more songwriting tips please visit:

Anthony Ceseri is a songwriter and performer who has traveled the country in pursuit of the best songwriting advice and information available. From classes and workshops at Berklee College of Music in Boston, to Taxi's Road Rally in Los Angeles, Anthony has learned from the most well-respected professional songwriters, producers and performers in the industry.

Realizing this kind of information isn't readily available to most songwriters, Anthony founded www.SuccessForYourSongs.com as a way to funnel the very best advice to songwriters and performers all around the world.

Anthony's writings appear as examples in the book Songwriting Without Boundaries: Lyric Writing Exercises For Finding Your Voice by Pat Pattison, an acclaimed lyric writing professor at Berklee College of Music.